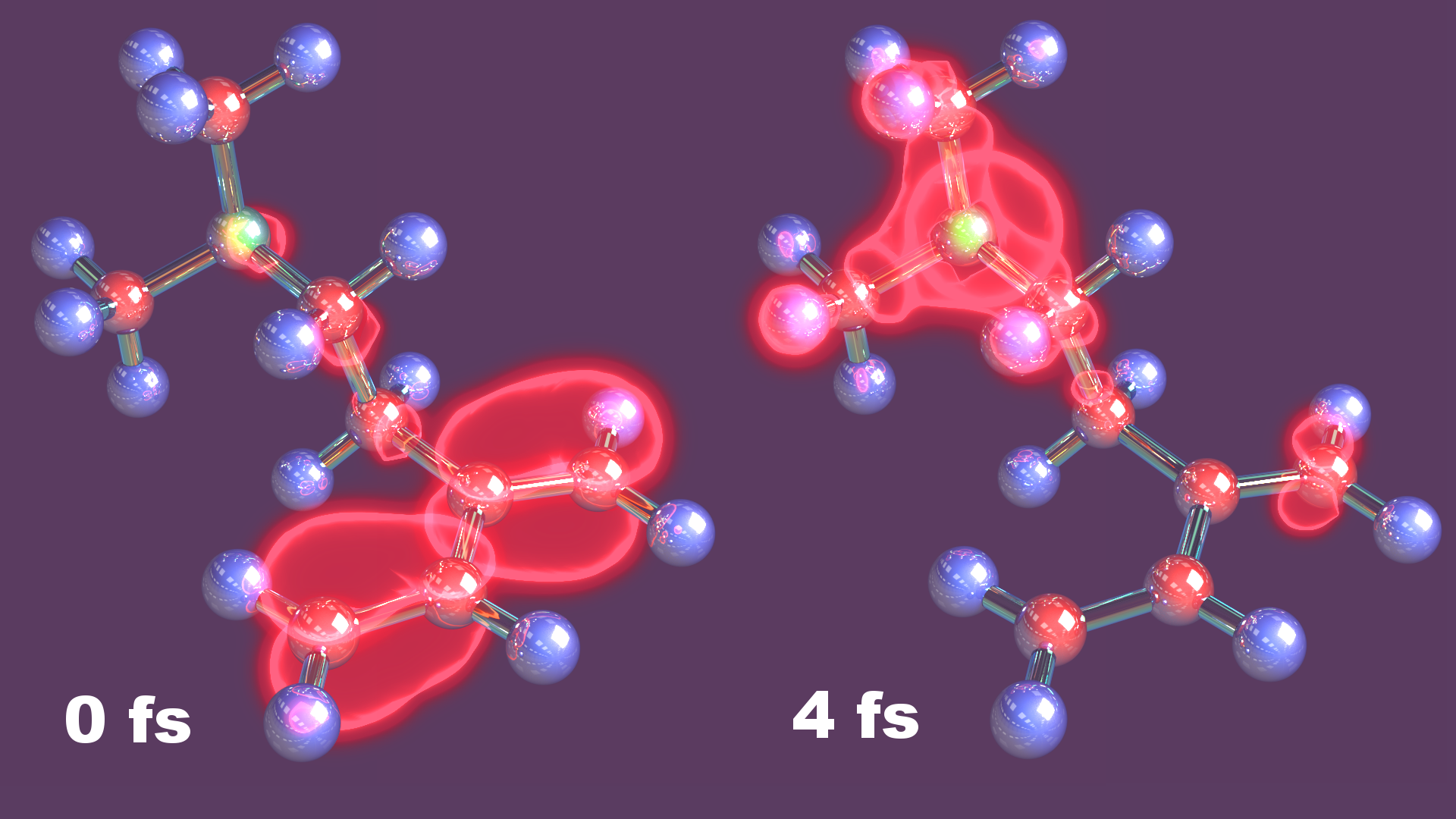 In recent years, the rapid development of attosecond pulse techniques opened the door for studying and eventually controlling electronic dynamics. Due to coupling between the electronic and nuclear motion, control over the pure electronic step offers the extremely interesting possibility to steer the succeeding chemical reactivity by predetermining the reaction outcome at a very early stage. Using the electron dynamics and quantum coherence to induce a particular chemical process is the new paradigm in the emerging field of “attochemistry”.

One example of physical phenomena, where an electronic dynamics significantly affect on reactivity is the process of an ultrafast charge migration. The positive charge created upon ionization of a molecule can migrate throughout the system on a few-femtosecond time scale solely driven by the electron correlation and electron relaxation. Charge migration triggered by ionization appeared to be a general phenomenon taking place both after inner- and outer-valence ionization of molecules.

A realistic showcase example for which after an outervalence ionization a strong charge migration takes place is the 3-methylen-4-penten-N,N-dimethylamine (MePeNNA) molecule. The outervalence part of the ionization spectrum of the molecule consists of two ionic states. These two states can be simultaneously populated via a laser pulse with photon energy centered between the two states and a bandwidth sufficient to embrace both of them. Immediately after the ionization the hole starts to oscillate between a chromophore and amine moieties of the system with a half-period of about 4 fs.

Here a scheme to control the many-body electron dynamics of the charge migration process by a single ultrashort laser pulse is presented. By appropriately tailored infrared pulses one can stop the pure electronic, few-femtosecond oscillation of the charge, localizing it on the desired site of the MePeNNA molecule.

The nuclear motion is strongly influenced by the electron dynamics and, therefore, by controlling the charge migration we may be able to predetermine the nuclear rearrangement. Localizing the charge on the chromophore may substantially slow down or even prevent the dissociation, while its localization on the amine site will most probably speed up the breakup of the molecule.